These are a few of our simple or experimental web apps. Check out the CNT Tools page for our robust research tools. 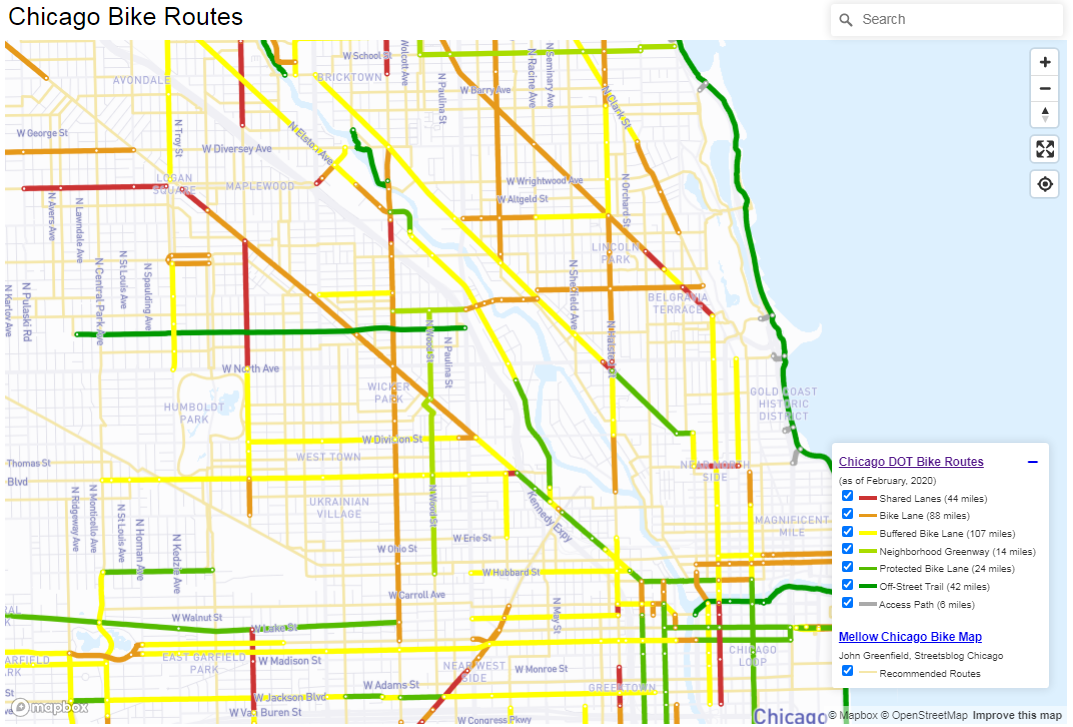 A map that shows the safest bike routes in Chicago by displaying Chicago Department of Trasportation routes bike routes according to design type, as well as the Mellow Chicago Bike Map Routes recommended by John Greenfield and the Chicago Reader and OpenStreetMap Cycle Routes in surrounding suburbs. The Chicago Bike Routes app is also a "Progressive Web App" that can be installed on mobile devices with location detection and directions. 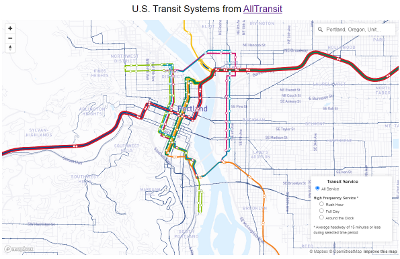 Transit systems for all transit agencies in AllTransit.

High quality transit data and maps are important for most of the webtools that CNT develops. This map was developed as the basemap for our Urban Opportunities Agenda, allowing us to utilize Mapbox as the mapping platform. 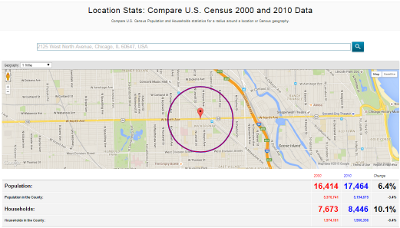 Aggregate U.S. Census data to various geographies around an address. Find the demographics around your current location by pulling this up on your iPhone or Android device. 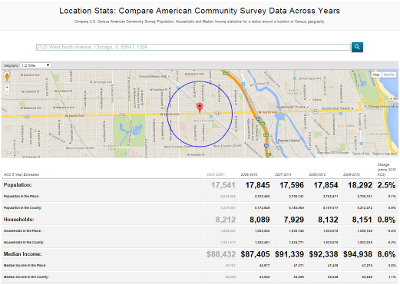 Aggregate American Community Survey data to various geographies around an address. Find the demographics around your current location by pulling this up on your iPhone or Android device.

Find the Residential Density of a Location 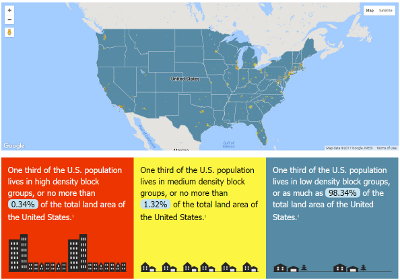 A data visualization of the U.S. divided in thirds by population density.